Hey guys! How was your day? Send me a comment and let me know! I pray this devotion speaks to each and every one of you, and if you like it, go subscribe by clicking the "Follow by email" button.
Love you guys!

"And we know that in all things God works for the good of those who love Him, who have been called according to His purpose."

Why does God allow bad things to happen to good people?
That's what a lot of people ask. I've had friends who have asked me this before, and it's hard to explain.
In all things God works for the good of those who love Him.

"Well," you may say, "I don't see God working when those who love Him get hurt. Explain that. If God is so good, why do these things happen?"

Have you heard about a man in the Bible named Job? God allowed Satan to do anything he wanted to Job, so long as he doesn't kill him.  Job responded to that by saying in Job 13:15, "Though he slay me, yet will I hope in Him." 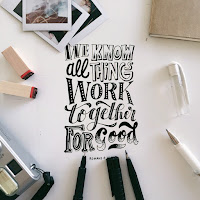 Everything was taken from Job and he didn't know why, but he chose to trust that what God was doing was still good.  In the same way, we may not understand why God allows things like that to happen, but we must have faith that we are a part of God's eternal plan, something bigger than us.  God brings good from bad.  Another example of this is Rachel Scott. If you haven't heard her story, I encourage you to go look her up. She was the first student at Columbine High School that was shot and killed on April 20, 1999.  She was a Christian and killed for her faith, and through her death, people were saved. Through what happened to her, others were helped.  Now that doesn't mean that we have to die in order to bring good. But our simple trials and challenges in this life may seem bad for a while, but look back on it in the long run, and see the good that God has brought with it.

God gave us free will, and sometimes, these trials can be a test of faith. Do we choose to trust Him, or leave Him?  His purpose and plan is something we cannot understand, because we are so human.

We just have to believe that "in all things God works." 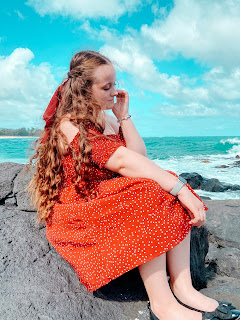 Morgann Goree
Hi! My name is Morgann, I am 20, and I have a HUGE heart for Jesus. I am currently a junior in college, growing in my faith everyday. I started this blog in 2017 as a daily devotional page to share my heart for the Lord, but I fell off the habit. Recently I have been feeling called to start up again, not as daily, but still as a place to share my heart. I would love for you all to stay and read these, I put a lot of effort into all of them!